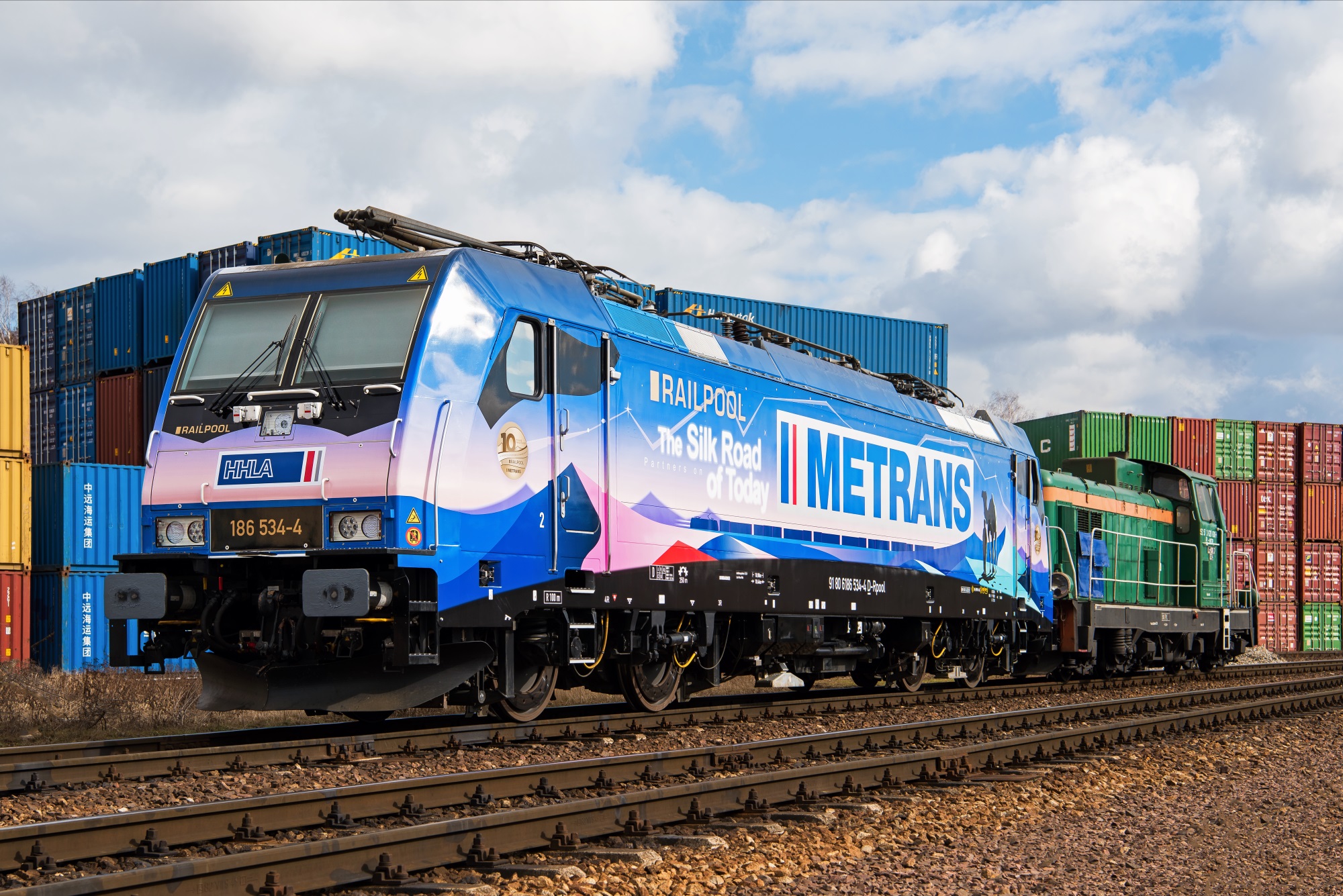 10 years of reliable cooperation between METRANS and RAILPOOL

In ten years, RAILPOOL locomotives have driven about 8 million kilometers for METRANS.

The first Railpool locomotive pulled a block train for METRANS more than ten years ago, covering around 1,000 kilometers between Prague and Rotterdam. Also, in 2021, leased locomotives from the Munich-based leasing company’s fleet of locomotives and rail vehicles will be running between the Czech Republic and Rotterdam. For Peter Kiss, CEO of the METRANS Group, this is proof of the excellent cooperation between the two companies: “On the long, demanding railway connection with several border crossings and technical features of different route networks, the locomotives from RAILPOOL have proven themselves so well that we now also use them on many other routes.”

Torsten Lehnert, CEO of RAILPOOL, still remembers well the test runs before the start of the first lease: “On this connection, we used the first trains that could run cross-border from the Czech Republic to the Netherlands. Our multi-system locomotives had to be equipped for all four power systems of the countries crossed. That was a real challenge, and together with METRANS we mastered it brilliantly. To this day, the locomotives run stably between Prague and Rotterdam with a maximum of 300,000 kilometers per year. The long-term relationship between METRANS and RAILPOOL is a good example of how customer and supplier can inspire each other to achieve the best performance.”

The HHLA subsidiary METRANS itself has a large stock of traction units for traction in the various countries in its network. Nevertheless, additional locomotives are rented to cover peak demand or new services.

Over the years, RAILPOOL locomotives have been used in Germany, Austria, Poland, Hungary, Slovakia, the Czech Republic and the Netherlands. In the process, one locomotive travels an average of 170,000 kilometers per year. With three to eight locomotives leased per year, the total mileage covered so far in the ten years of cooperation has been around 8 million kilometers. The longest route on which the locomotives are used is the one between Ceska Trebova and Rotterdam (approx. 1,100 km). It runs through three countries within 22 hours.

PrevNotice from the Port of Koper – update 12.03.2021
Planned restrictions on the main railway line in the Czech RepublicNext