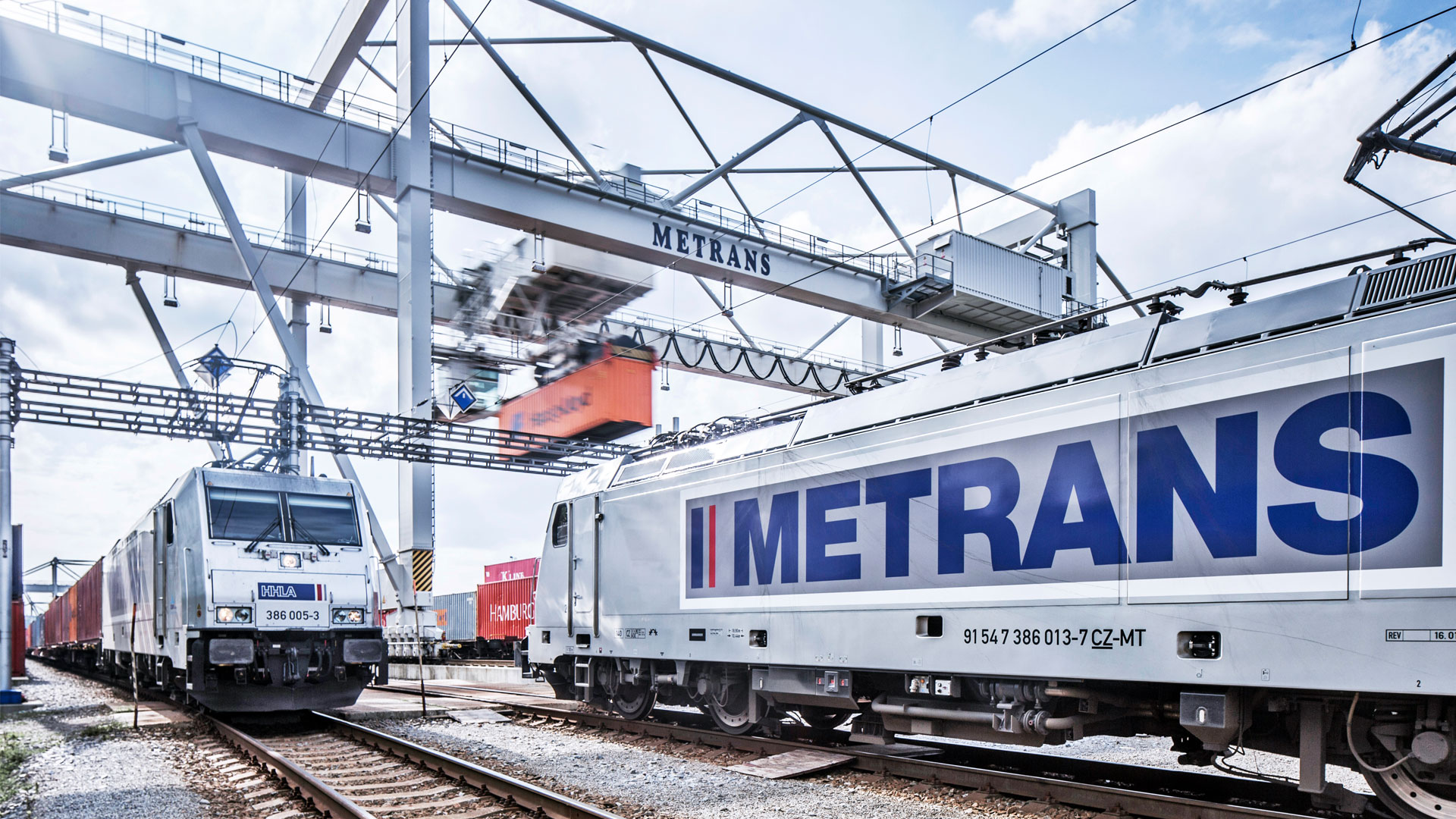 PREMIERE OF AN ECTS CONTROLLED TRAIN IN THE CZECH REPUBLIC

It is Friday afternoon, shortly past 4 pm. Most of the people in the Czech Republic are ending their working week, heading for the last weekend of February 2020. That is not the case for Martin Malík, the train driver of train 43342, soon to depart METRANS rail hub terminal in Česká Třebová. He climbs aboard of the reliable electric locomotive, the silver Bombardier TRAXX 386.030 with a distinctive blue METRANS logo on its side. But what seems to be a routine ride to Hamburg, is actually a premiere on the Czech railways.

Martin is going to run the first regular freight train under the control of the European Train Control System (ETCS) in the country without the participation of infrastructure test staff. For the entire first part of the train journey, the driver will work under the supervision of this system – all alone.

With Europe being closer by the day, one of the biggest challenges is hidden on rails. Decades of individual train operating systems development made this market very fragmented. Each country has implemented its own systems and procedures. Yet, the world is getting smaller now. Rail operators, such as METRANS, know no boundaries in Europe. Almost all of its trains pass through at least two countries, but many of them even more. With three various voltages in the overhead lines of the electrified railways, this requires multi-system (MS) locomotives. METRANS fleet only consists of such locomotives, both of the types that currently dominate European electrified railways: Bombardier TRAXX locomotives and Siemens Vectron locomotives. (insert Fun Fact 1) The ETCS system is installed within them, as well as on the equipment on the side of the rail track. This equipment monitors the speed of the locomotive, checks compliance with all signals that the train passes and makes sure no breaches occur. If so, the driver is alerted. And even if the driver does not react, the system corrects the behavior of the train remotely. Not only is this feature good for the safety of everyone on rails. It also enables speed optimization for more fluent traffic and enables energy consumption optimization. ETCS Level 2 should become a standard on the main European corridors by 2025.

At 16:20 Martin leads the TRAXX locomotive with 670 meters of container train behind out of the passable Česká Třebová terminal in the center of the Czech Republic and as the train hits the modernized corridor, it gains speed for the next 100 km under the ETCS controlled operation. (insert Fun Fact 2) Everything runs smooth and Martin does as the ETCS system orders. If he hadn’t, the system would do it on its own. However, driving long freight train under ETCS is completely different from the way the drivers were used to do it before. From wheel slips to the limitation of maximum speed before the red signal, all of this is new to the staff of almost 400 train drivers working at METRANS Rail day and night to deliver goods to customers all across Europe. With testing ongoing since 2015, this is no short-term project. But METRANS has proven once again its readiness for the future, being the pioneering operator of routine ETCS operation in the Czech Republic.

Altogether, there are 50 multi-system locomotives owned by METRANS. Forty of them are made by Bombardier, type TRAXX F140S and the latest addition of ten Siemens Vectron locomotives has only been finalized in mid-February 2020. They are all approved for operation in Germany, Austria, Czech Republic, Slovakia, Poland, and Hungary. TRAXX locomotives that have powerful 5,600 MW of power can, in addition, reach the Netherlands. Newer and stronger Vectrons (6,400 MW) are ready to conquer Balkan with approvals in progress for Romania and, potentially, Bulgaria.

ETCS in brief: European Train Control System is software installed inside vehicles and on the trackside that communicate via satellite to share data about the position, speed, and many other details. Just like air traffic control systems, they enable trains to run with better precision and controlled speed and frequency. In case the train driver exceeds speed restriction or a signal, the system enables to correct the speed of the train or even to bring it to a full stop. This eliminates the human error option and makes railways safer for everyone.

PrevINCREASE IN TOLL CHARGES IN THE REPUBLIC OF HUNGARY
OUR FLEET OF 10 BRAND NEW SIEMENS VECTRON LOCOMOTIVES IS COMPLETE!Next